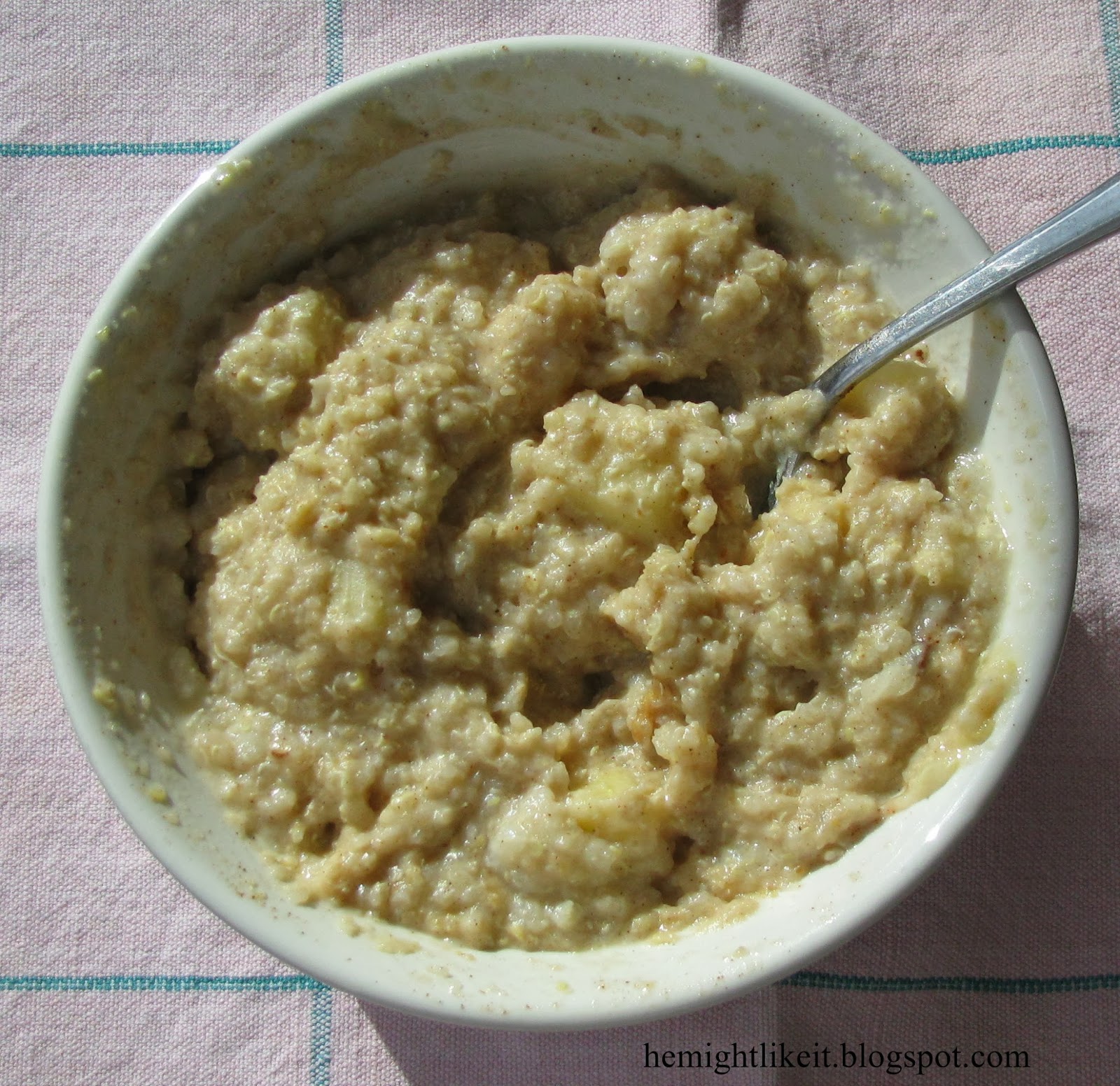 Last year after learning I should stick to a gluten-free diet, I frequently turned to oatmeal for breakfast. During that time, I discovered The Oatmeal Artist (I believe through Pinterest.)

In October or November, I was told I also needed to cut oats from my diet. Although I could not eat them, I prepared a couple of baked oatmeal dishes to add to our traditional Christmas morning brunch. One variety I fixed was Apple Nut Butter Baked Oatmeal.  It sounded SO good.

In January, I tried making quinoa for breakfast - in hopes it would satisfy my oatmeal cravings.  However, the texture was not a big hit in my household. Then, I discovered quinoa flakes.  (My husband picked some up for me at Whole Foods Market.  I also found them at Fred Meyer, but they cost a couple dollars more.)

Quinoa flakes cook a lot faster than oats, so I am making some adjustments as I try adapting some of my favorite oatmeal recipes.

Variations: For those with nut allergies, I am sure this would be great with Sunbutter (I cannot eat sunflower seed products either...)  You can also omit the cinnamon or cut it to 1/4 teaspoon.  (I am supposed to increase my intake of cinnamon, oregano, and garlic, so I actually used about 3/4 teaspoon in mine.) This would also be great with a mashed ripe banana instead of the maple syrup (but, you guessed it, no bananas for me.)

Renee
My name is Renee, I am a wife and a mother of two. I love crazy quilting, cross-stitch, embroidery, writing and blogging.